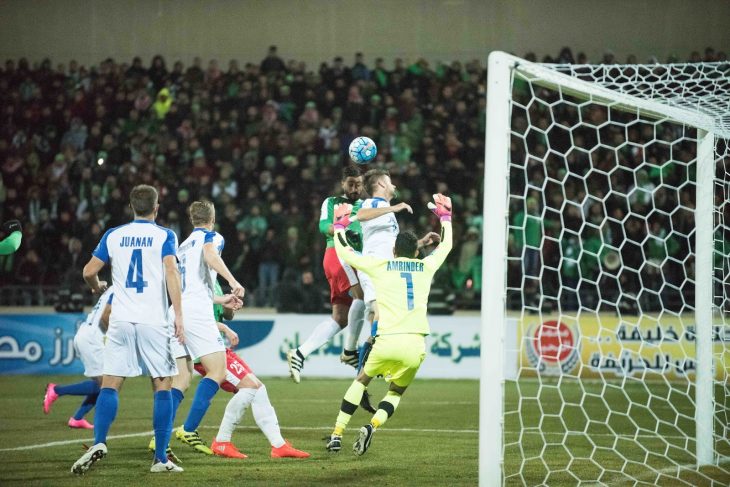 With the ISL 2019 starting off on the 20th October, here are 5 biggest Indian signings this season:

Seiminlen Doungel is a striker who has been signed by FC Goa for a new season of the Indian Super League. This striker also plays for the Indian national football team. Doungel has an ISL record to his name as well. He is NorthEast United’s first hattrick scorer in the league.

Doungel has 50 appearances to his name in the ISL. In these many games, he has scored 7 goals and assisted 5 times. Out of the 5 assists, 4 assists were credited to his name in the 2018-19 season of the league, when he was playing for Kerala Blasters FC.

Another stellar performer of the 2018-19 season from NorthEast United, Rowllin Borges had been a part of the Highlander’s squad since 2016. For the 2019-20 season, Borges has been brought in to Mumbai City FC’s set up in hopes that he will be able to replicate his performance from the past season.

In the 48 matches, Borges has been a part of in the ISL, he has contributed with 4 goals and 2 assists, all coming in the 2018-19 season. He also has an unbelievable pass accuracy of 80.71%. He also performs defensively on the field, contributing with 134 tackles, 84 interceptions and 43 blocks.

A part of the squad that played the FIFA U-17 World Cup hosted in India, this youngster has grown and risen through the ranks in the Indian as well as the league setup. He had a good World-Cup as well as an unbelievable outing for the Indian Arrows in the 2017-18 season of the I-League.

Dheeraj played 13 matches for Kerala Blasters in the 2018-19 season of the ISL. He managed to keep 4 clean sheets in these matches and had a save percentage of 62.74%. He conceded 19 goals in these games, pulling off 32 saves. This promising 19-year-old was picked up by ATK keeping in mind the ISL Schedule . How he performs will be an interesting story to follow.

The captain of the Indian U-17 side that participated in the World Cup held in the country, Amarjit Singh has been recruited by Jamshedpur FC for the 2019-20 season of the Indian Super League. This midfielder from Manipur has impressed one and all in the Indian Arrows outfit in the 2 seasons he has played for them.

Amarjit Singh has also played for the senior team of the country under coach Igor Stimac in the King’s Cup in 2019. How he fares in his debut season in the ISL will be exciting to watch.

Lallianzuala Chhangte is an Indian winger who plays as a winger for the Indian national team. From Mizoram, India, this young talent started his ISL career from NorthEast United in 2016. He moved to Delhi Dynamos the following season and is now a part of the Chennaiyin setup.

In the 37 matches, he has played in the league, Chhangte has scored 8 goals and provided 4 assists. He has also completed 1129 passes with an average of 30.51 passes per game. On the defensive front, he has 55 tackles and 22 interceptions to his name.